Didn’t realise you had peg drive wheels, perhaps that went hand in hand with the 10” wide on the rear. Did you modify that a while ago.
Peter C
Top

Peter, the car originally came with splined, spoked wheels, but it's been peg drive ever since I fitted the Trigos
Nige
Top

Back on with the bodywork now at last. For some time I've toyed with the idea of fitting "coves" into the rear 1/4 panels just as GPG4C had back in its Modsports days. I decided to use the old buck that I made for the bigger hood scoop as a starting point, as it had most of the shapes that I wanted to use. I laid up some fibreglass over it, and once removed, it was cut and shut to the shape of the card template that I'd made. Once happy with the shape,all of the joins were 'glassed together to make a panel. I wasn't too fussy at this point as it would need to be modified to fit the curvatures of the rear wings.


The fibreglass laid onto the hood scoop buck 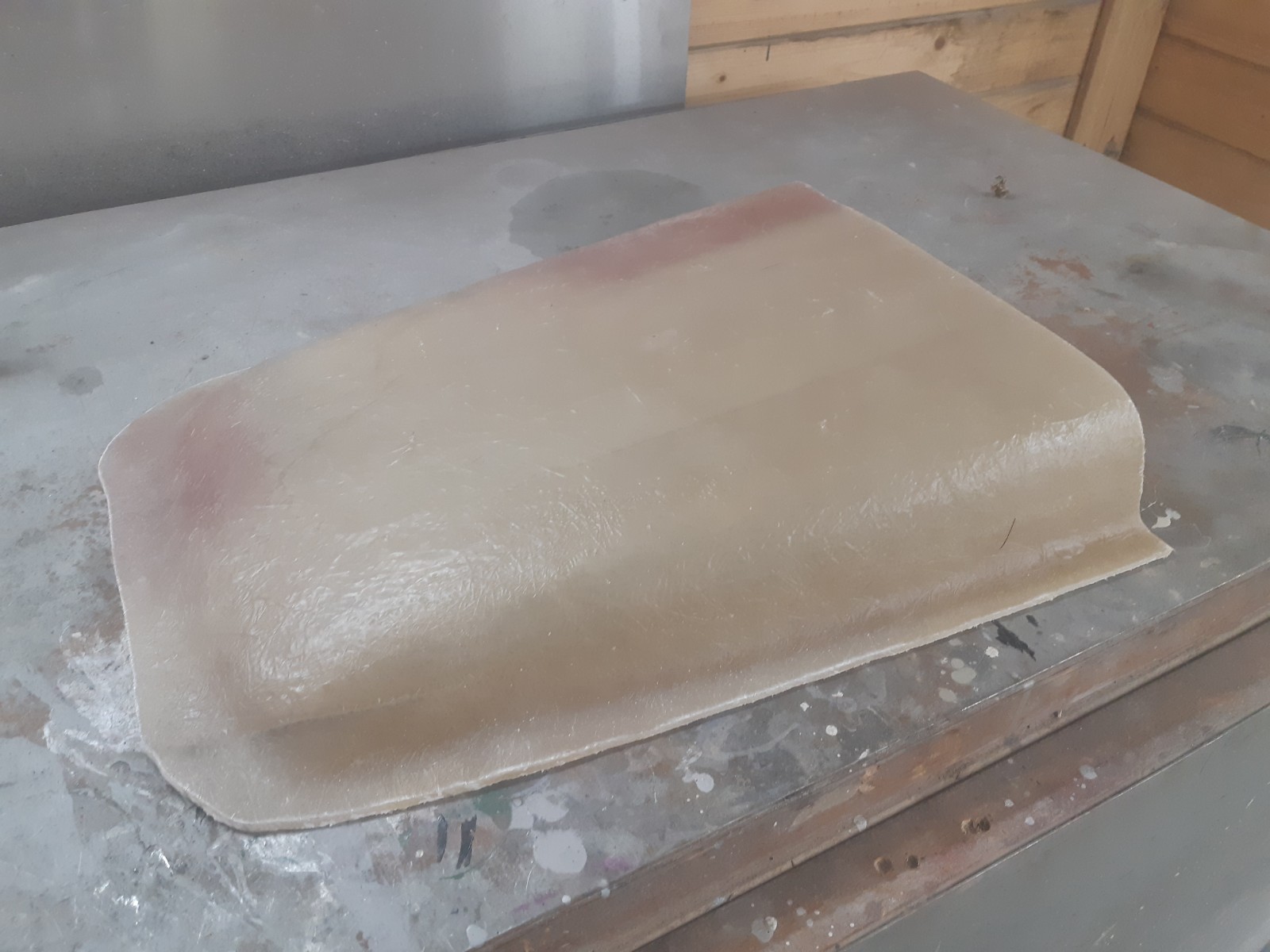 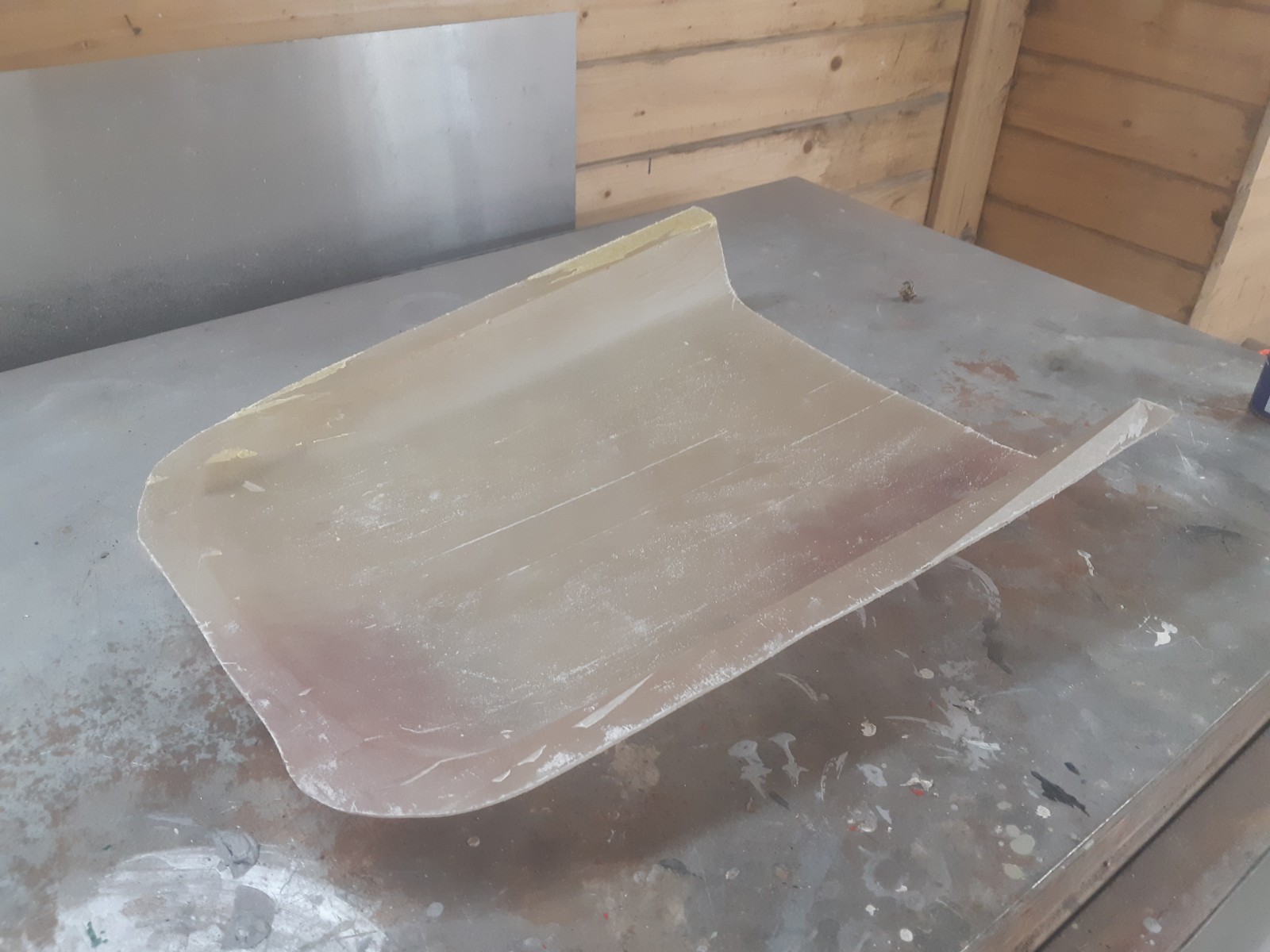 Being cut and shaped to fit the template of the shape I wanted. Ive tried to follow the curves of the body lines, the top line mimics the top of the 1/4, the front edge follows the arch, the bottom line is at the same angle as the bottom of the 1/4, and the rear follows the shape of the tail end of the 1/4. I feel it's important to make it look as if it's flowing "as one" rather that just a hotch potch of shapes fighting each other. 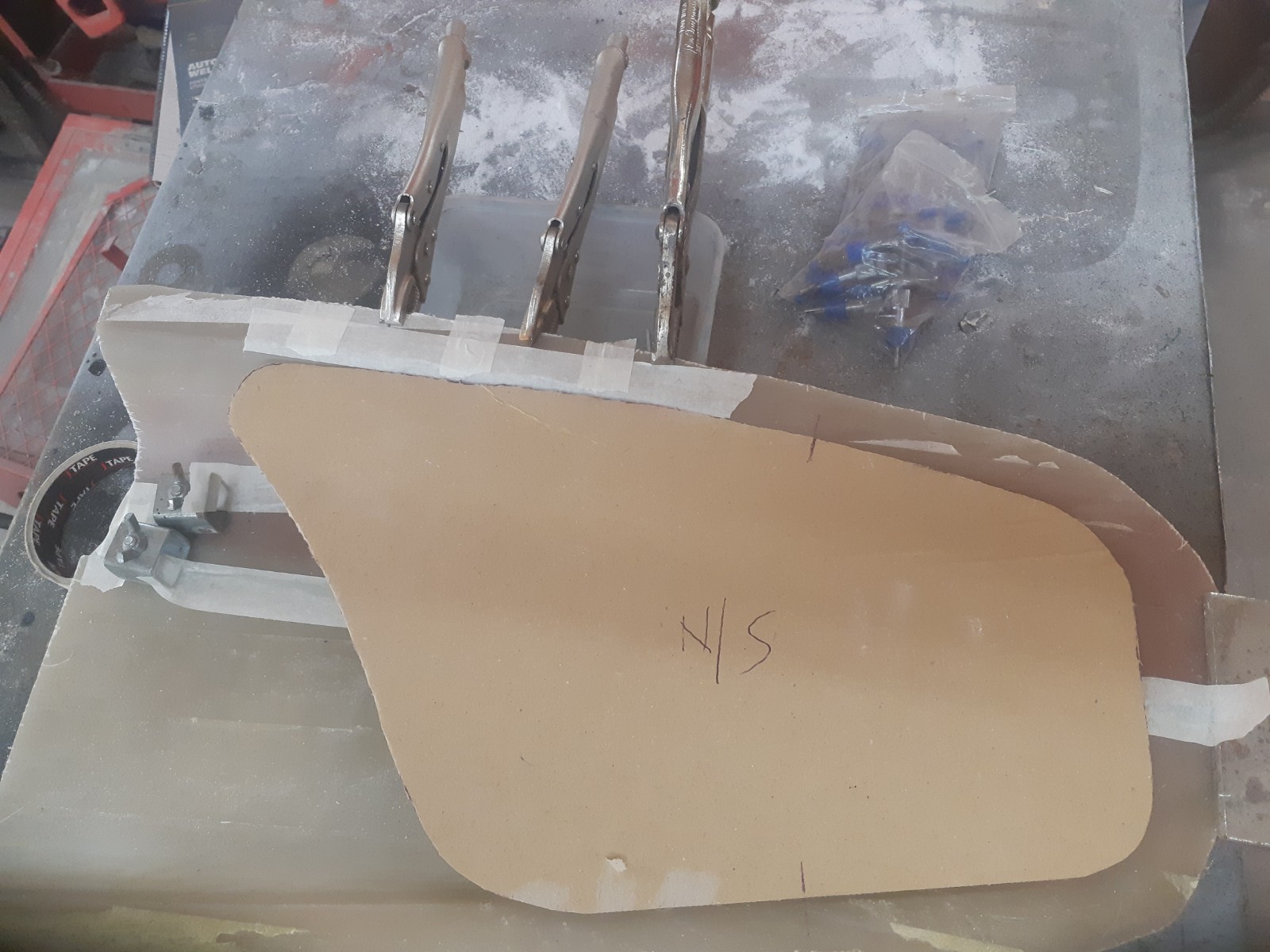 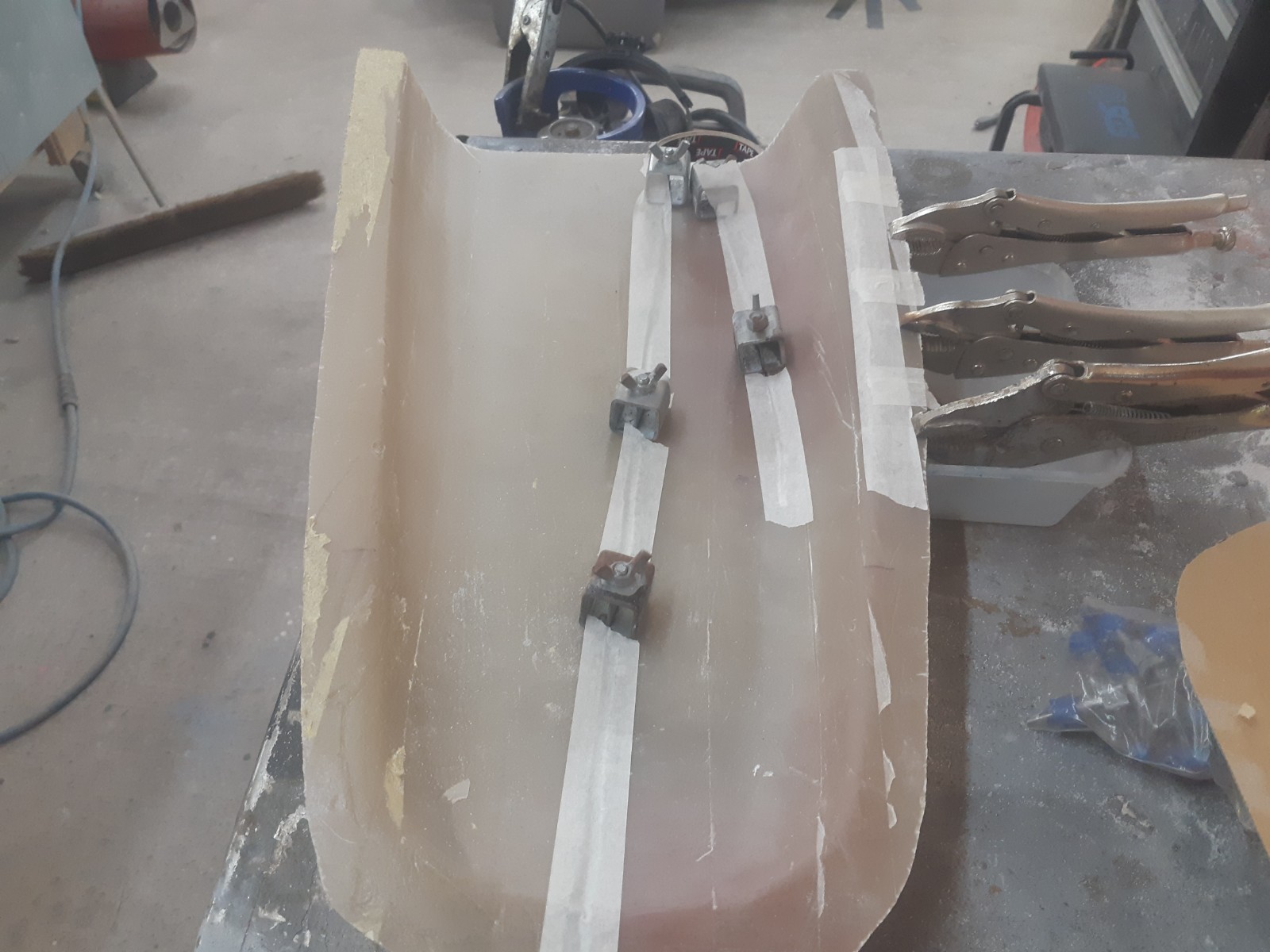 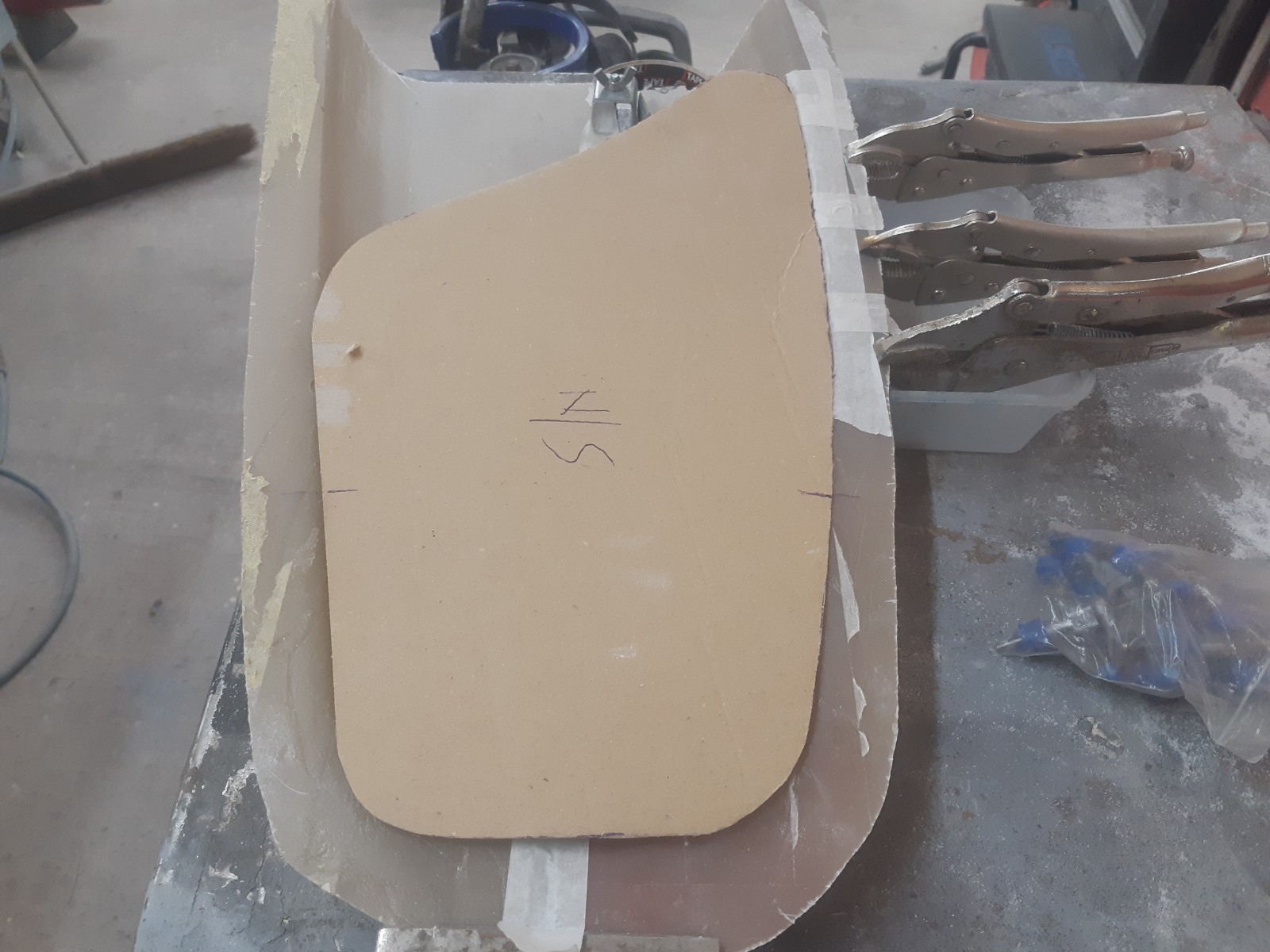 The template was offered to the car, the perimeter lined out with tape and then the point of no return...cut it out 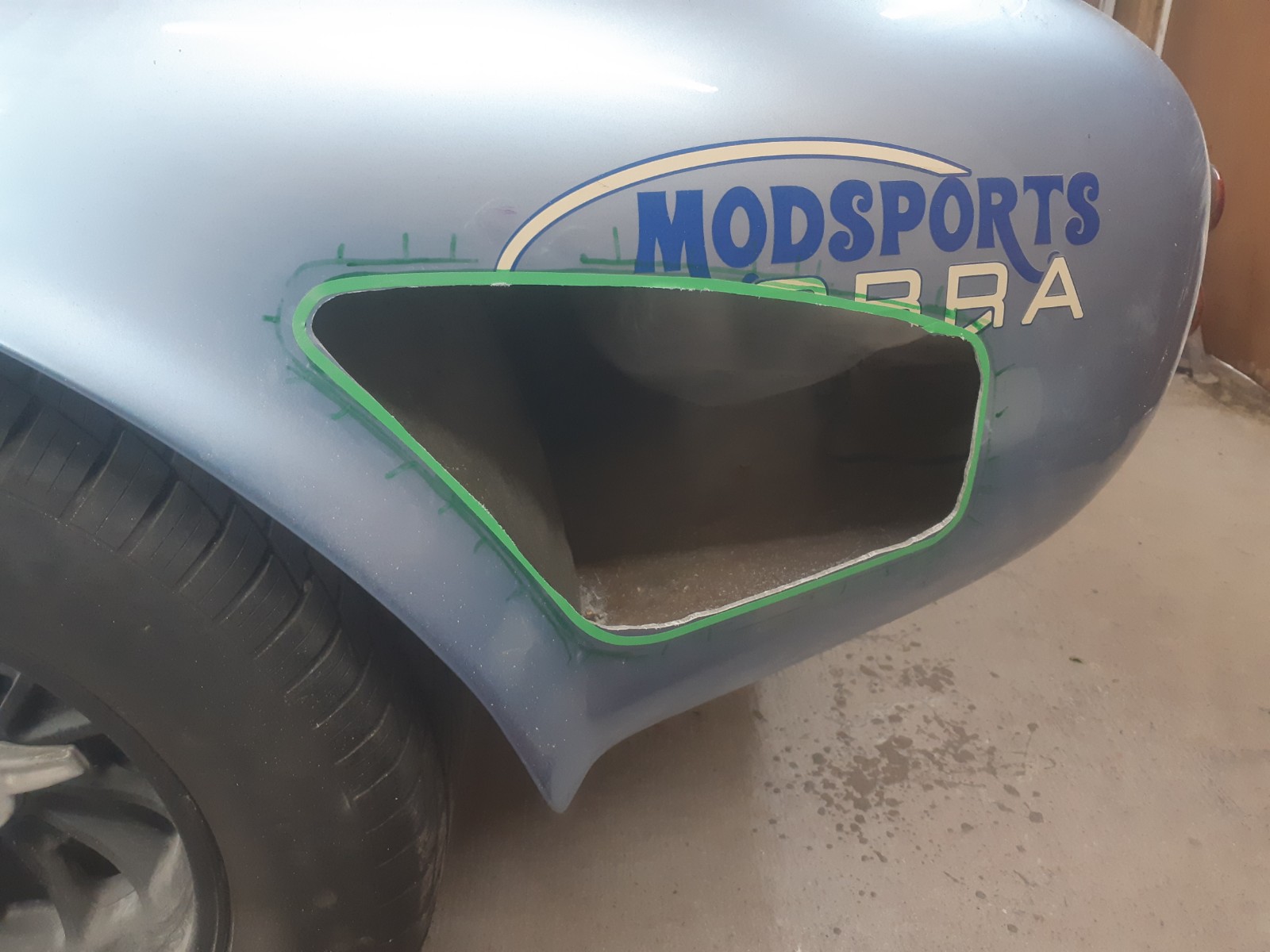 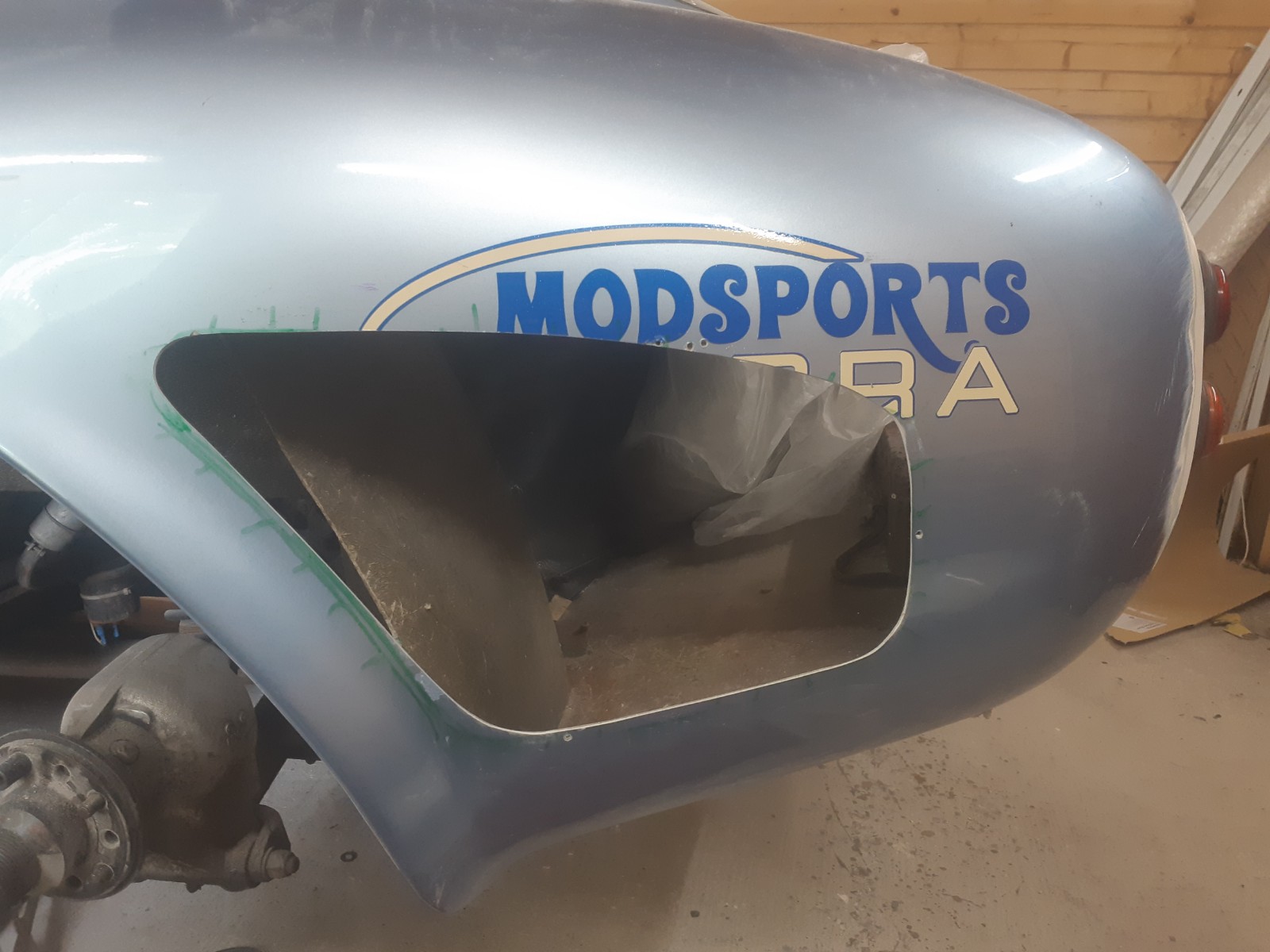 The inner arch was also trimmed back, and then the panel was trial fitted 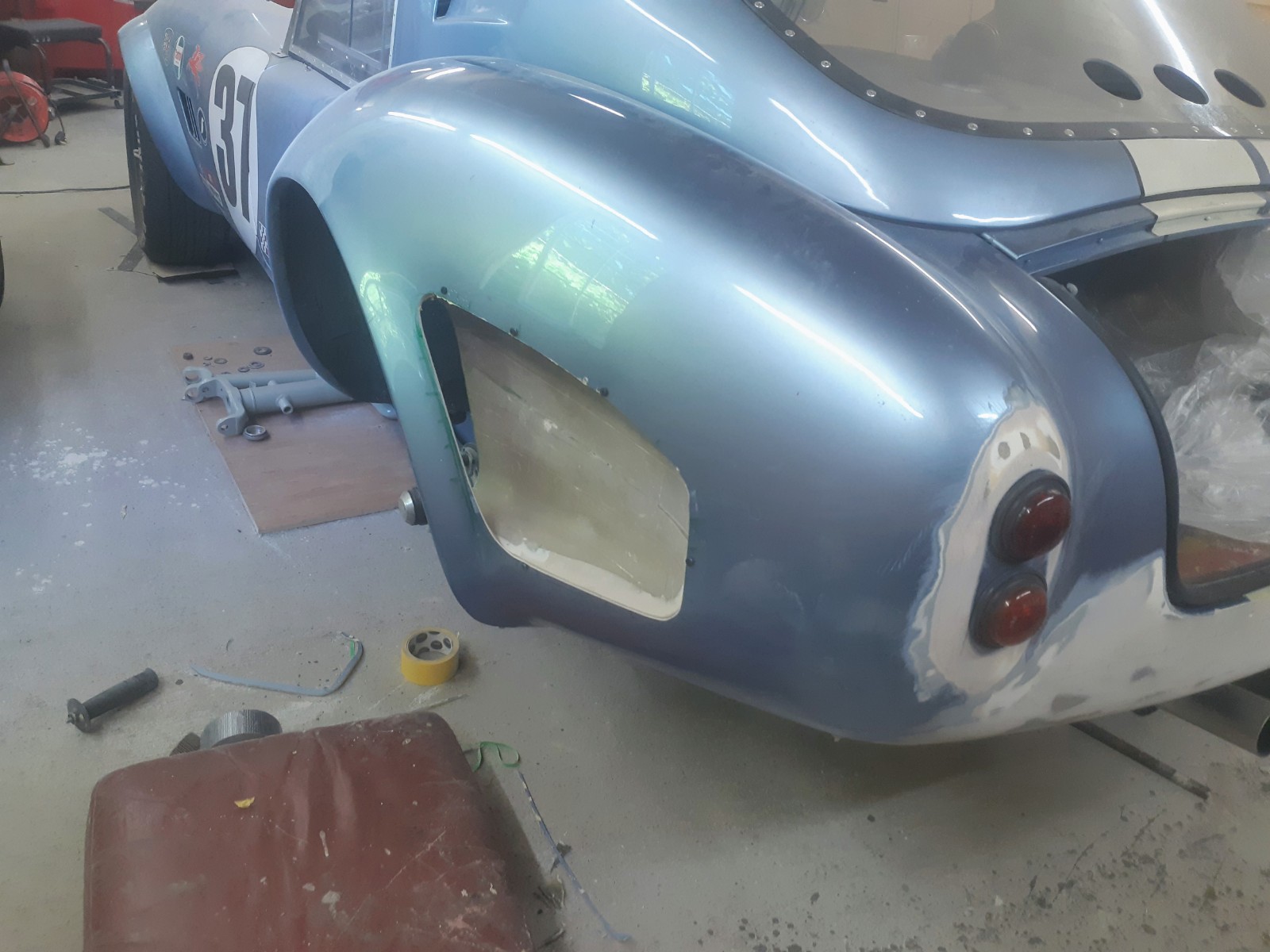 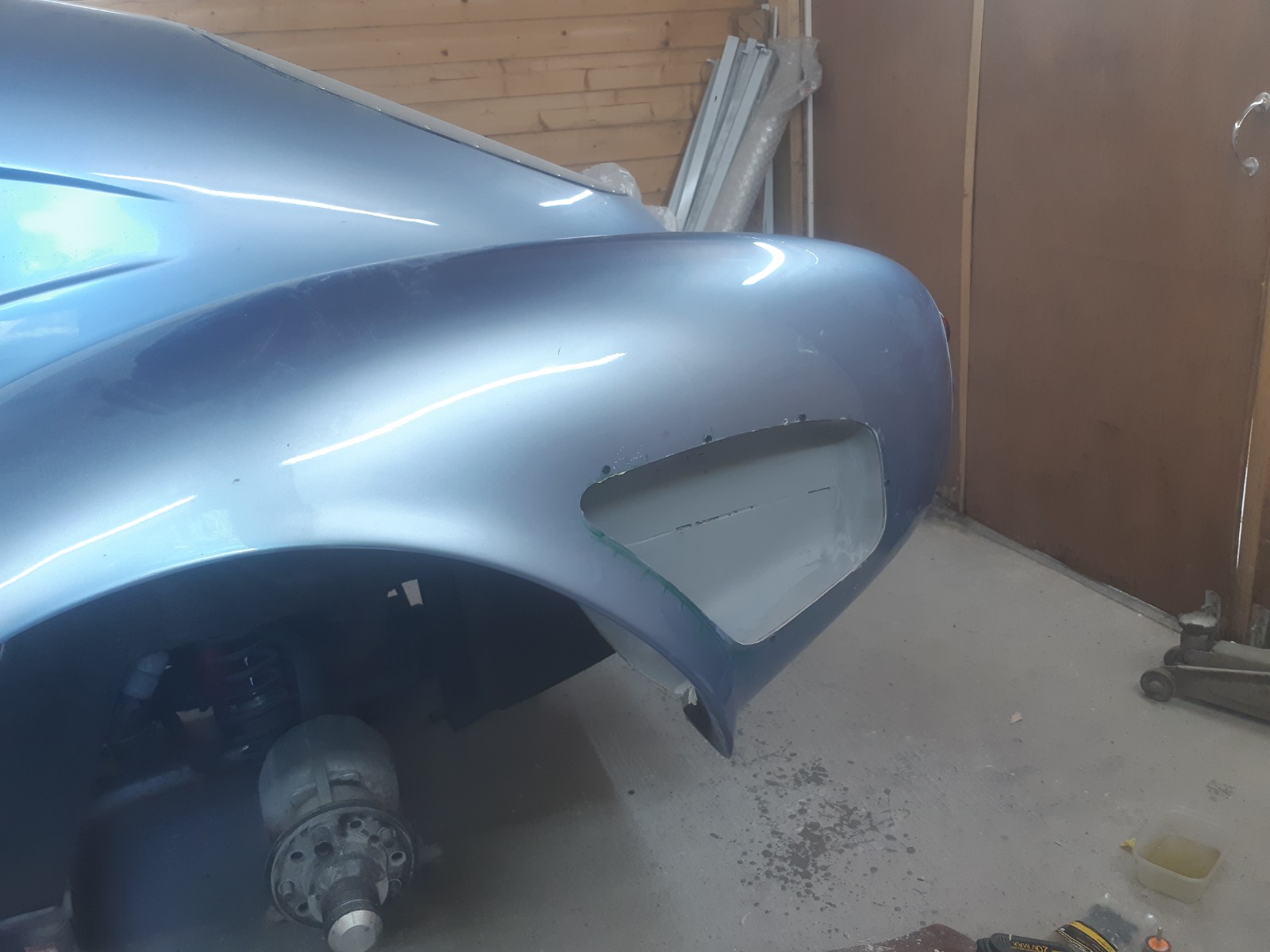 It still needs a bit of final shaping and repairing to get it how I envisage it to look, but it's not too far away at this stage. I can then use this "buck as a hammer form to make the panels in aluminium, or if I decide to paint the panels I can use these fibreglass ones as it's a much quicker process.

Now I just need to decide whether to paint them body colour or to leave them in raw, brushed finish to match in with all of the other ali parts on the car.

Paint or not to paint that is the question

As usual you make it all seem pretty simple. Well done, it’s very impressive.
Not wishing to rock the boat but shouldn’t the cove taper out more at the rear to blend with the outer wing rather than have the tighter curve you inherited from the bonnet scoop. I haven’t got many photos of GPG but one shot suggests it’s all but a straight line from rear corner of the wing into the wheel. Intended I think to entice an airflow out from the rear brakes.
Obviously you can have what ever design you chose but I got the impression you were doing a very good job of cloning GPG.
Peter C
Last edited by peterc on Sat May 23, 2020 8:11 pm, edited 1 time in total.
Top

Pete, my intention was never to replicate the shape of the cove on of GPG4C, as I don't like the curvature and placement of it on that car, hence going with the shape I have. Yes , the rear will have more of a taper to it, going to the rear of the car, this was just a rough ish panel that needs more work as suggested in my post above. I used the hood scoop as it was a quick way to get the basic shape of what I needed, which could be fettled to get it exactly how I want it

I've only got 5 hours total worth of work to get it to this stage, that includes taking a "splash" off the old hood scoop. To start from scratch would take much longer. Hopefully it'll look a bit better tomorrow

Sounds good.
We will of course continue to follow your posts with interest. We ( OK me ) don’t have the confidence to make the sort of mods that you take in your stride.
I’m sure quite a few mods made in the 60’s were home brewed and not overly neat however I’m sure you will make it look good and a design feature e.g. Intentional not an after thought.
Best of luck.
Peter C
Top

Well, I decided to paint them, so I finished off the repairs to the coves and bonded them to the body using fibreglass matt and resin. once cured I fibreglassed the inside of the panels to the surrounding body work. once fully cured, the outside could be blended in to make it look as if it's a part of the 1/4 panel. 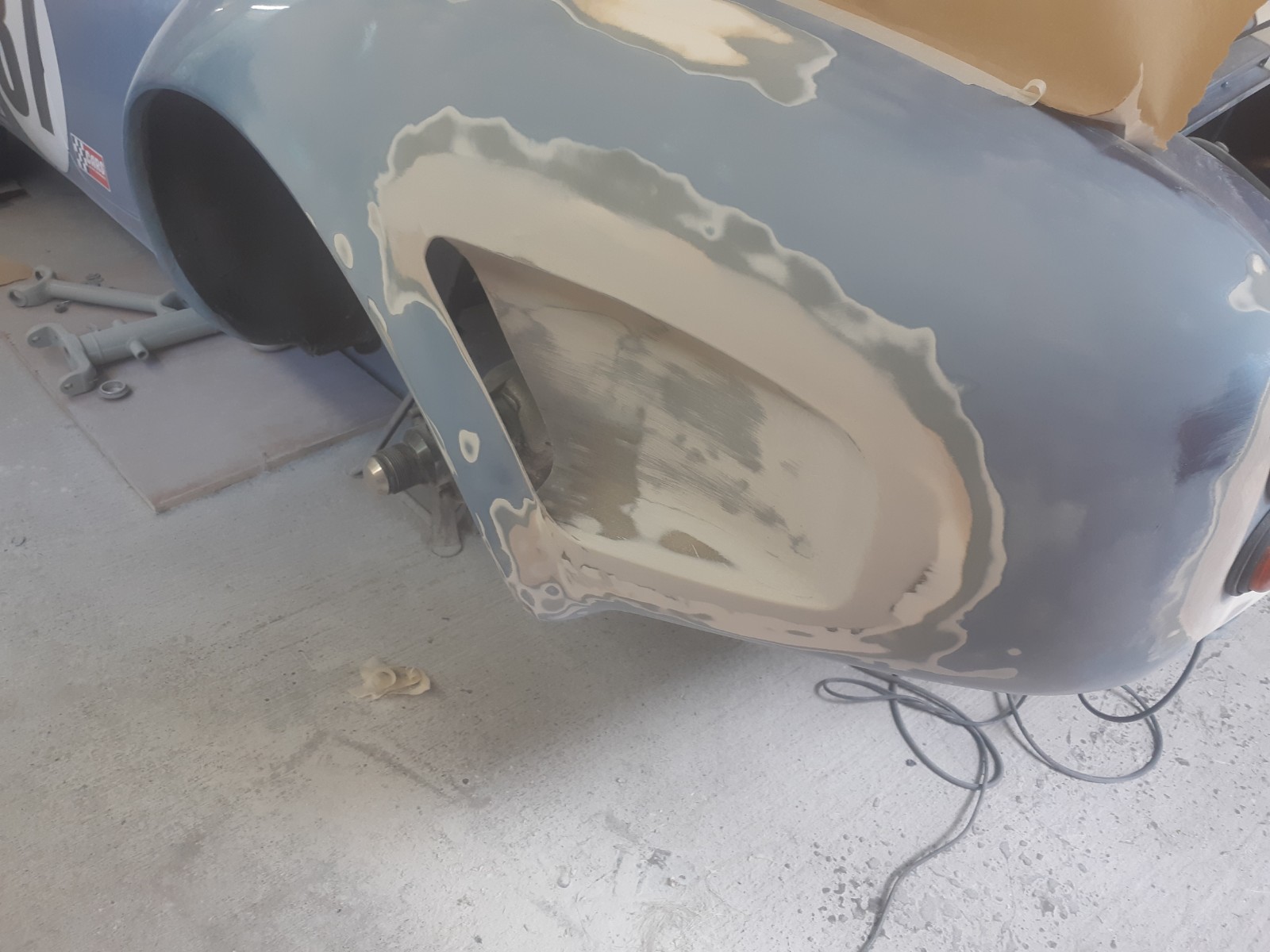 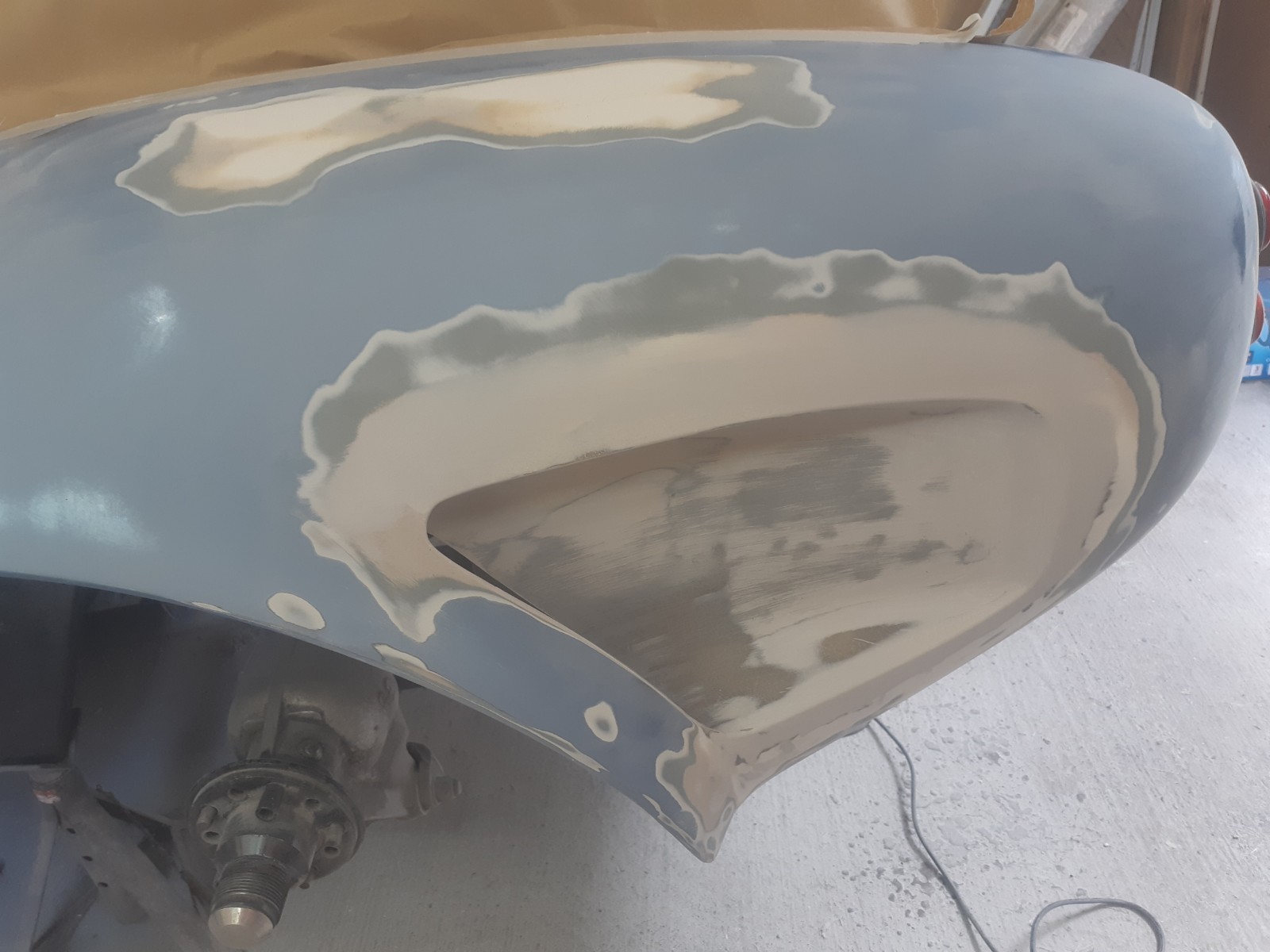 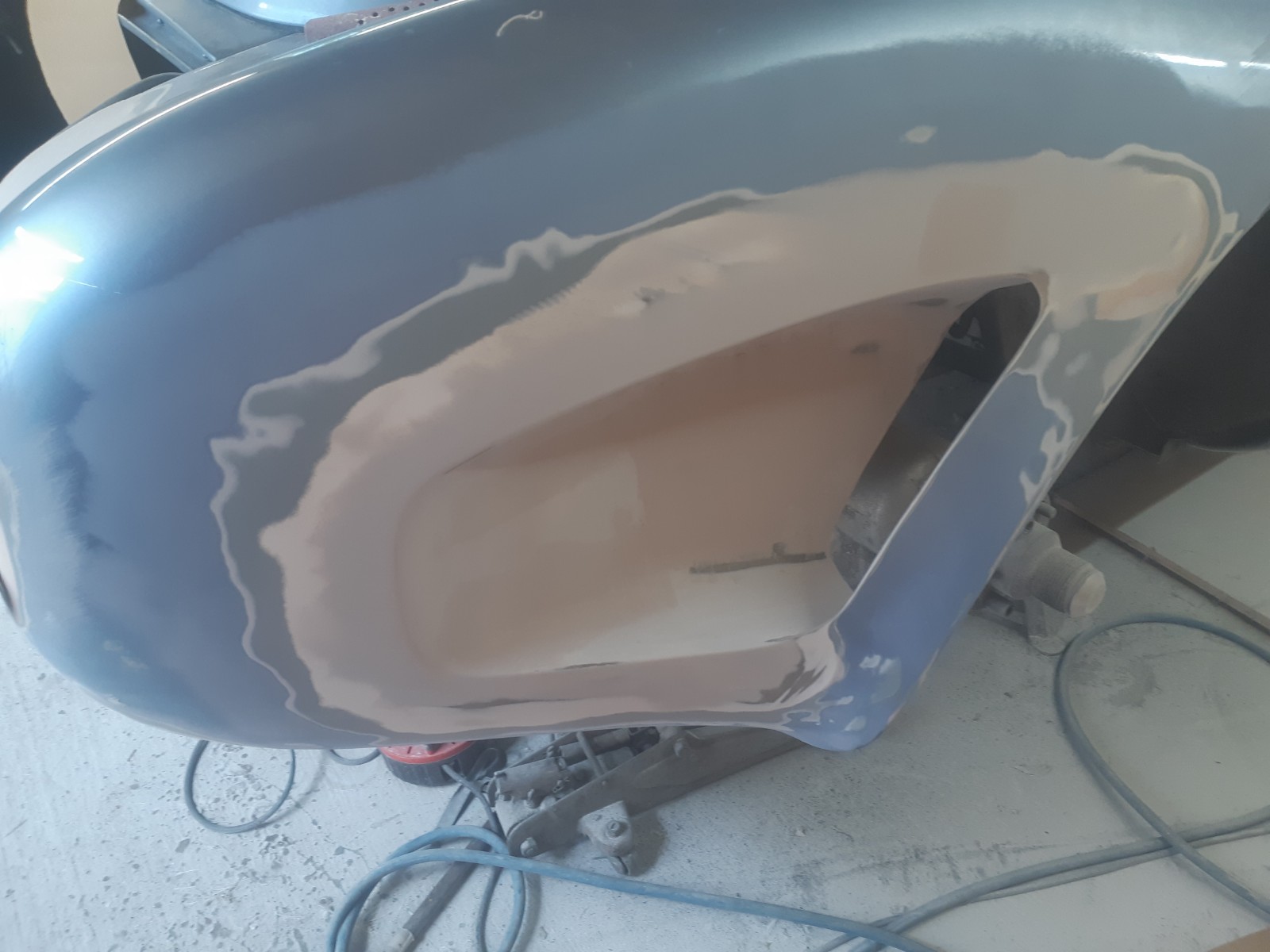 Next was to mask the car up for the 2K primer. I kept the hardtop on throughout this process to keep the inside clean. I'll take it off to paint the car 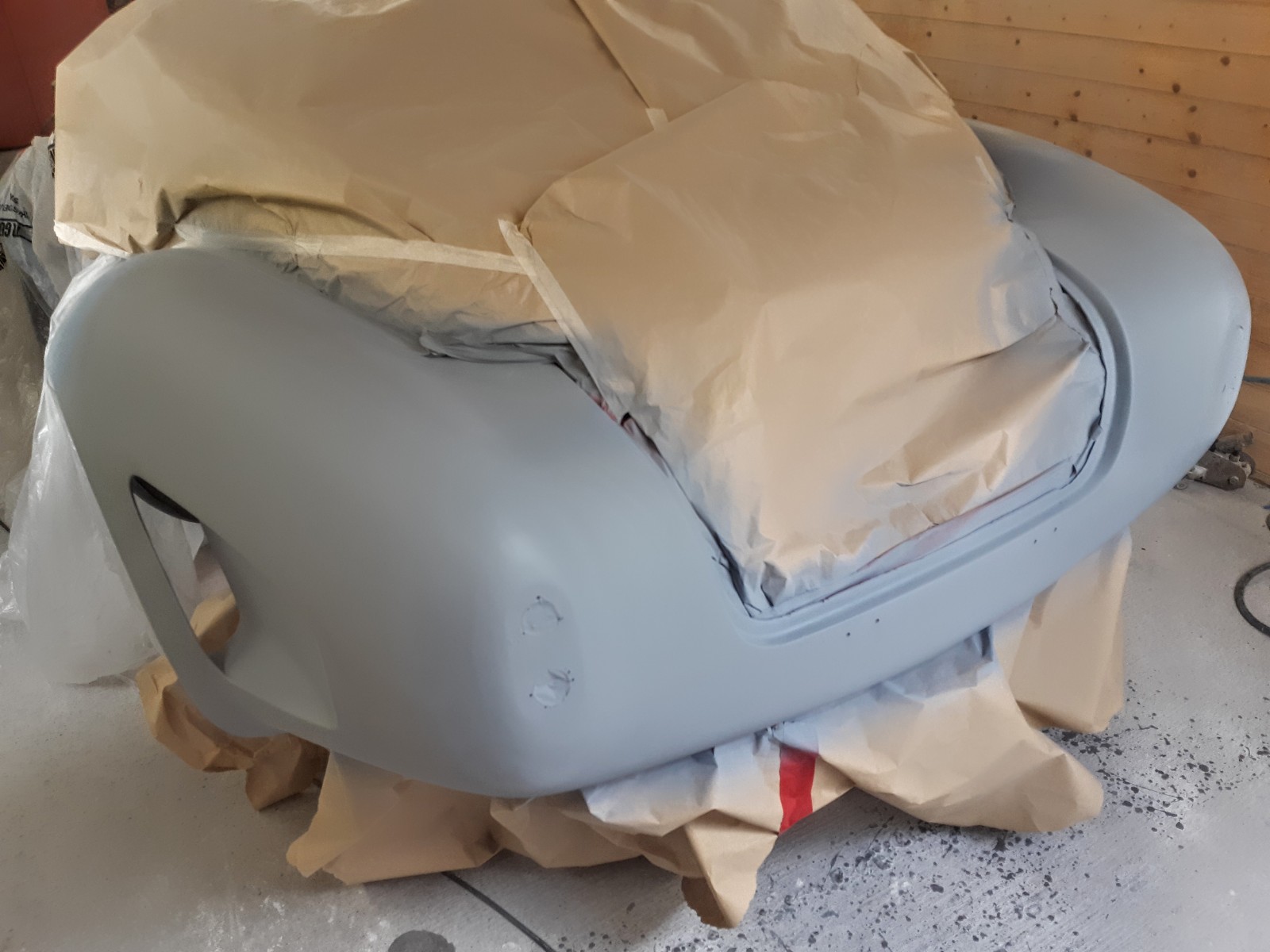 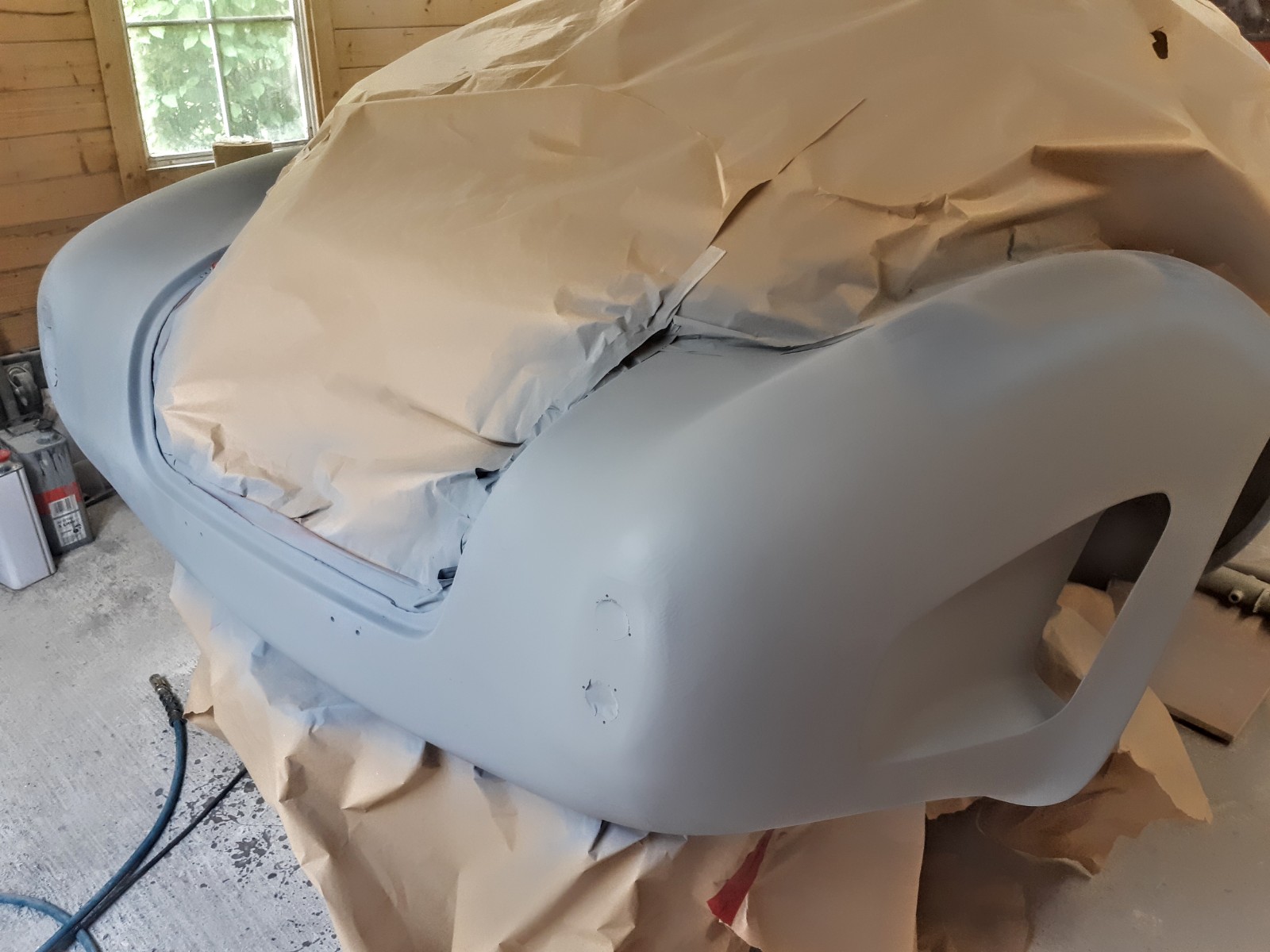 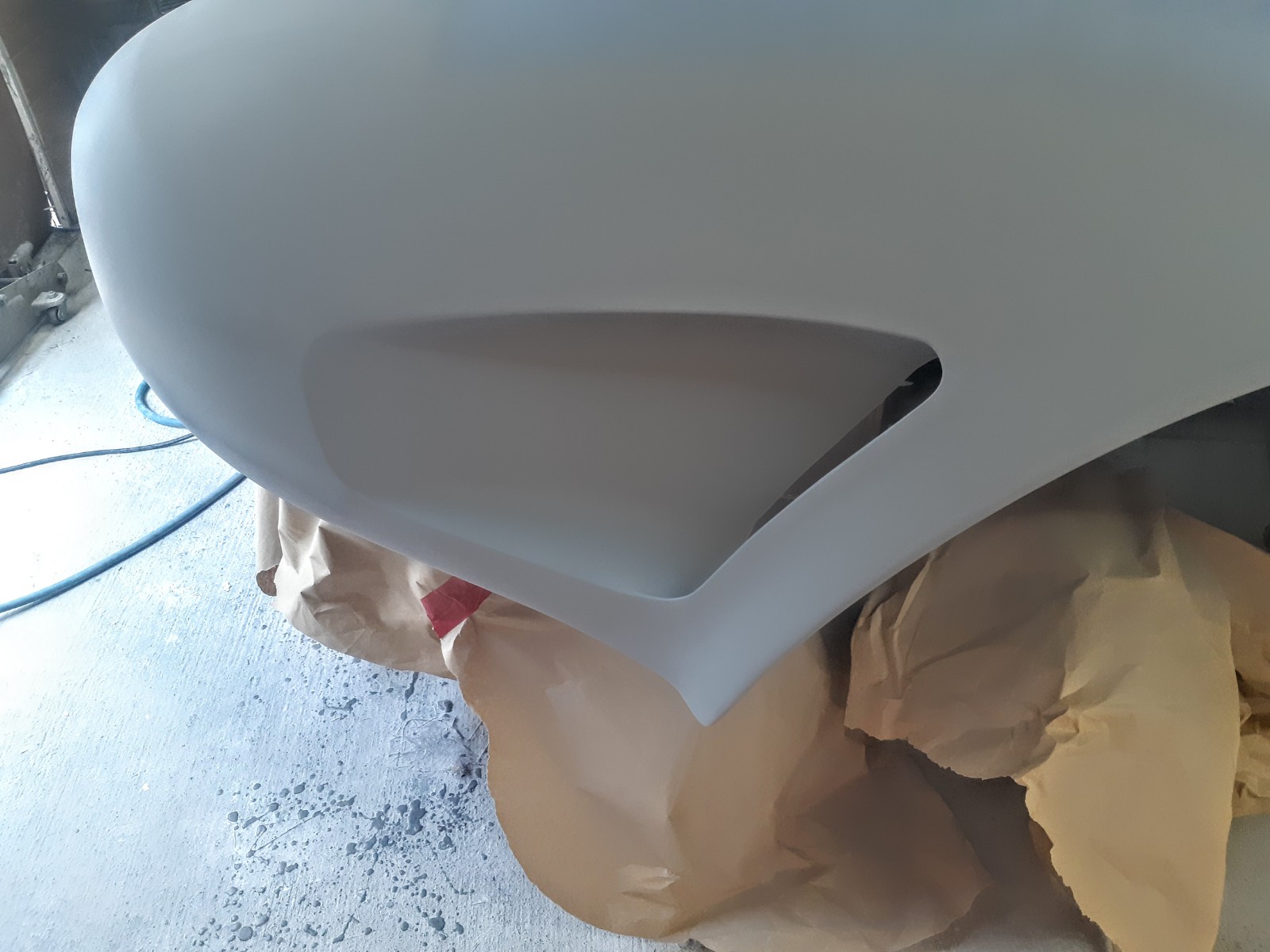 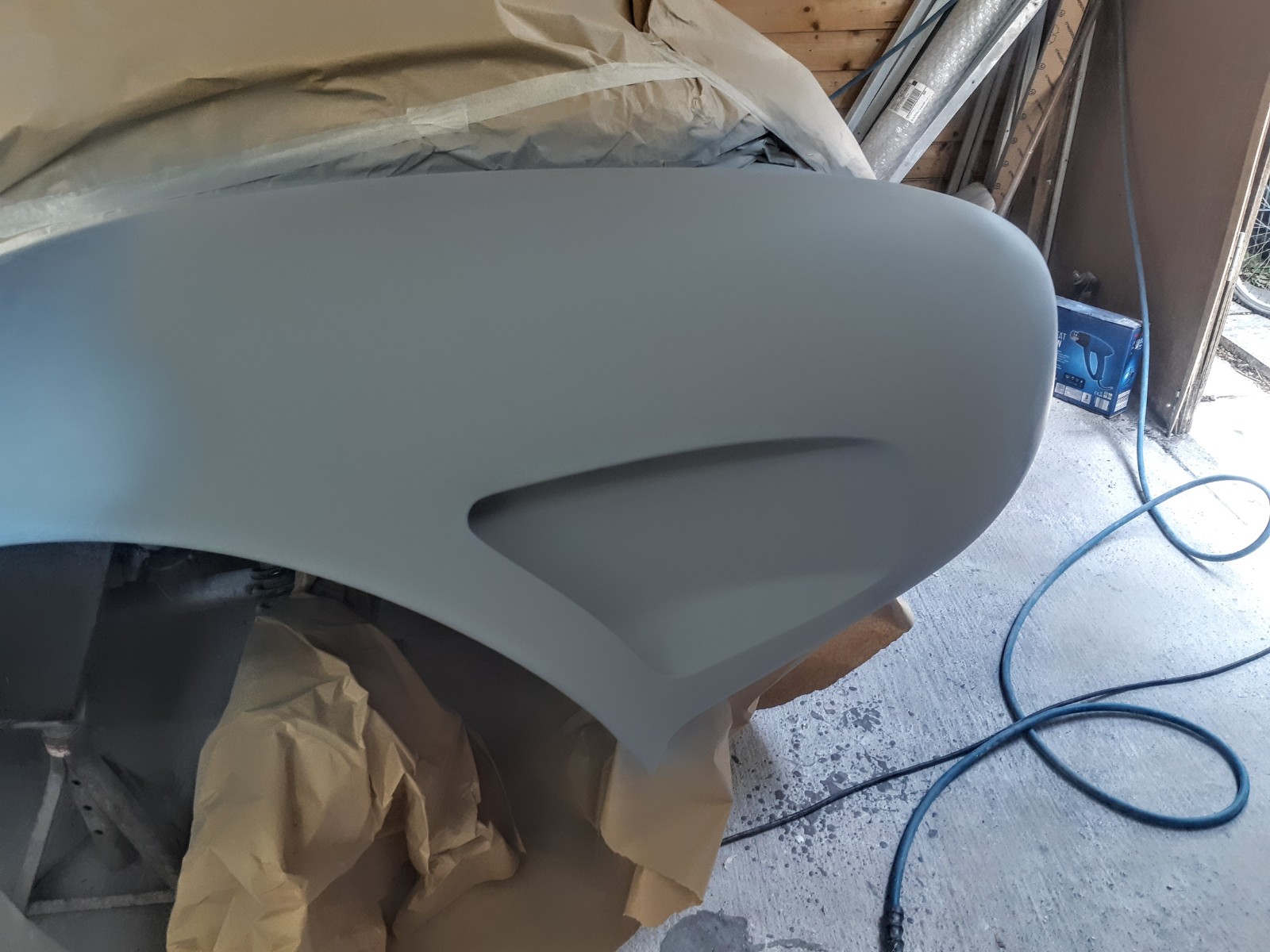 I'm pleased with the shape of the coves, who'd have thought it was moulded from my hood scoop??

The rear valance looks like it belongs there and is way better than the old one that had an upwards curve. The odd shaped "plinths" that the tail lights sat on are now removed also and makes for a much cleaner and smoother looking rear end. next is to flat it all down and prep it for paint