Simon, I would suggest that you are correct. Vitually all the photos of FIA cars and those cars seen at both Goodwood and Silverstone were all without the standard Mk2 grill.
However looking through the book by Dave Friedman on the Shelby American Original archives ‘62 to ‘ 65 there are actually two photos of FIA’s with grills. Pages 89 & 91. The photos were part of the Cobra Racers Portfolio sales book to indicate to customers the potentials.

So I have run mine for years without. I would however recommend that you add a stiff St Stl mesh just in front of the rad to protect it from stones. I have used twin radiator fans to do that job and it’s not totally affective. I would add the mesh close to the rad and if required the fans 1/2” in front of that. Some members appear to have found sufficient space behind the rad to mount the fans.
Tests conducted and written about in another club’s magazine actually stated that a gap between fan and rad was an advantage and gave better airflow than the fan body touching the rad matrix. Also small movements of the fan can cause fretting to the delicate matrix.

Hi Simon
CSX2345 (which I used as a reference car) had a sprung mesh in front of the rad. I have done something similar on mine as the fans are pullers behind the rad. From memory, I attached a stainless mesh to my rad mounting brackets and used a couple of springs to pull it forward. One end of the spring is through the mesh, the other end goes to a bracket which I attached to the underside of the nose of the car with fibreglass. Not sure how much sense that makes!
Don’t have any pics to hand, but if you are interested I could try to get some together
Andy.
Top

Quite a few of the UK racing Cobras have mesh fitted. (But then quite a few don't!) 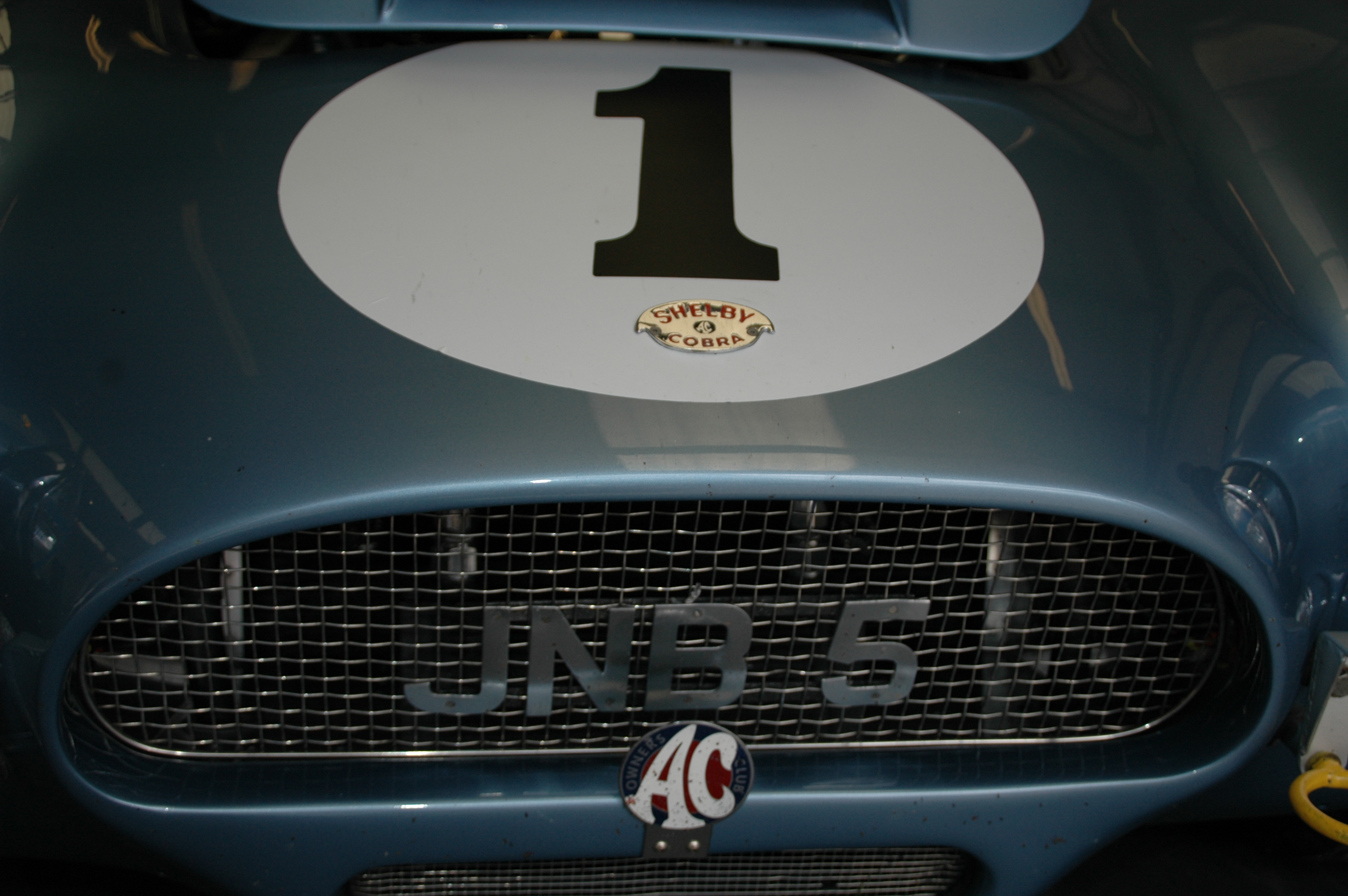 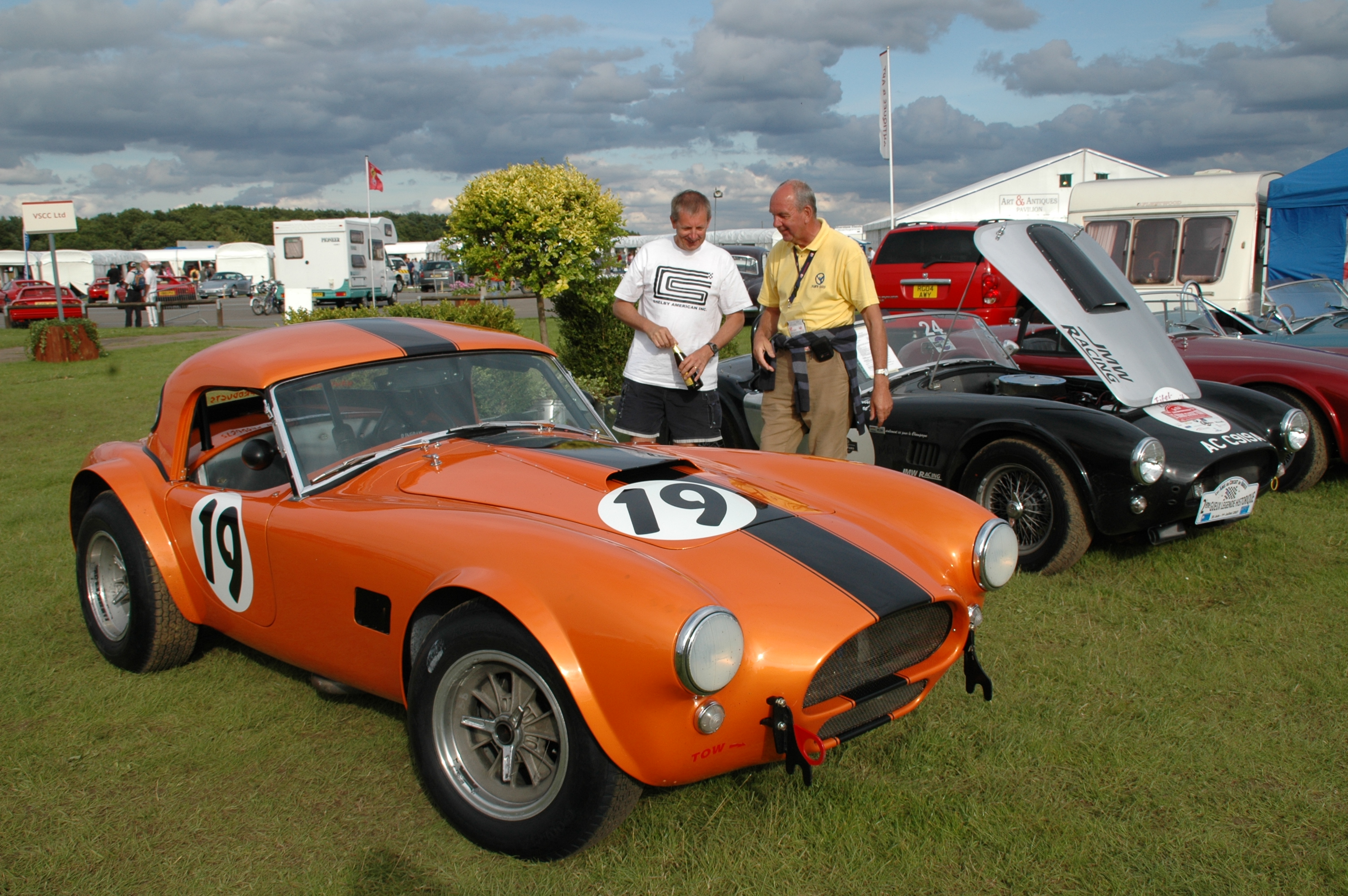 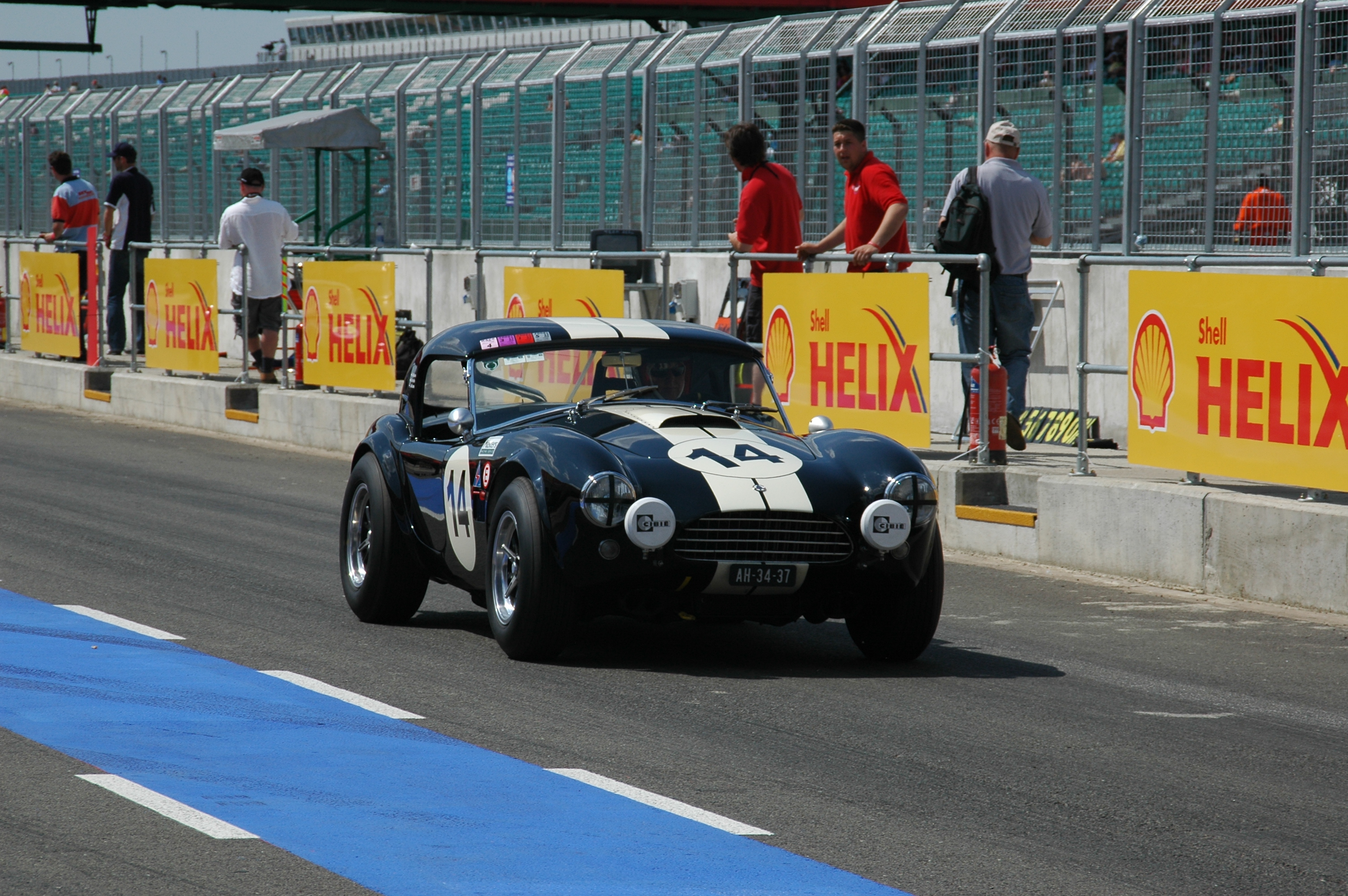 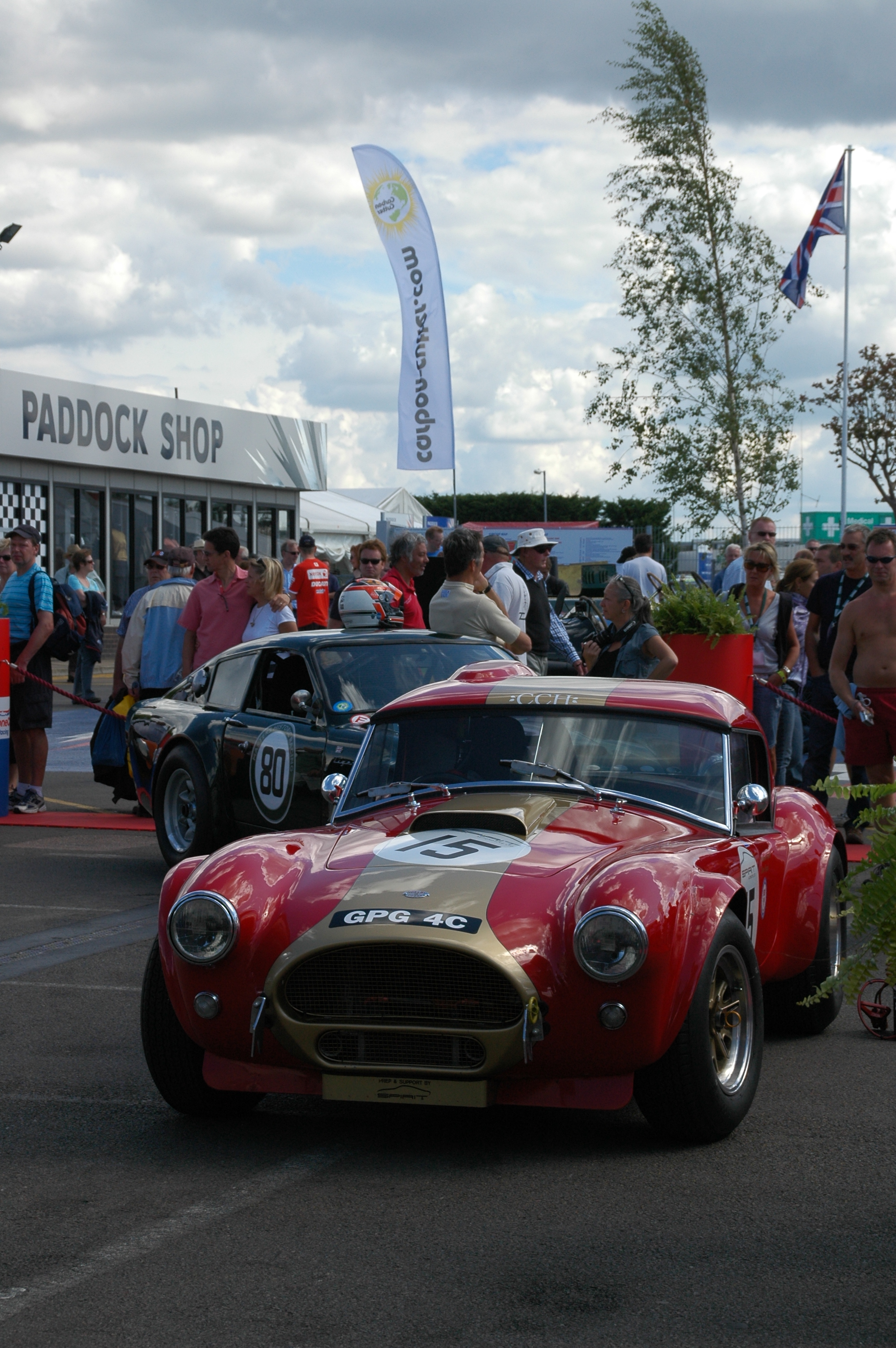 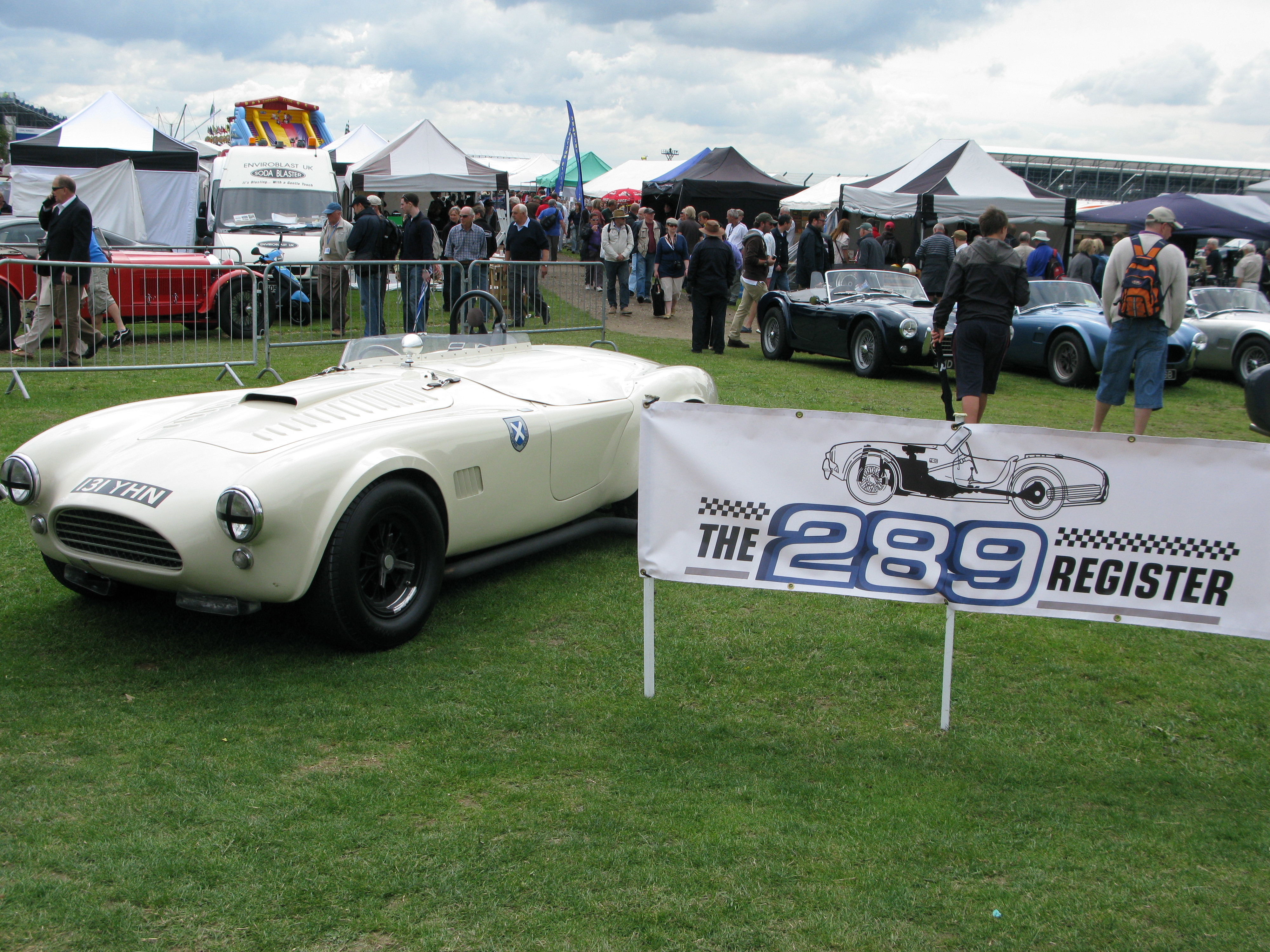 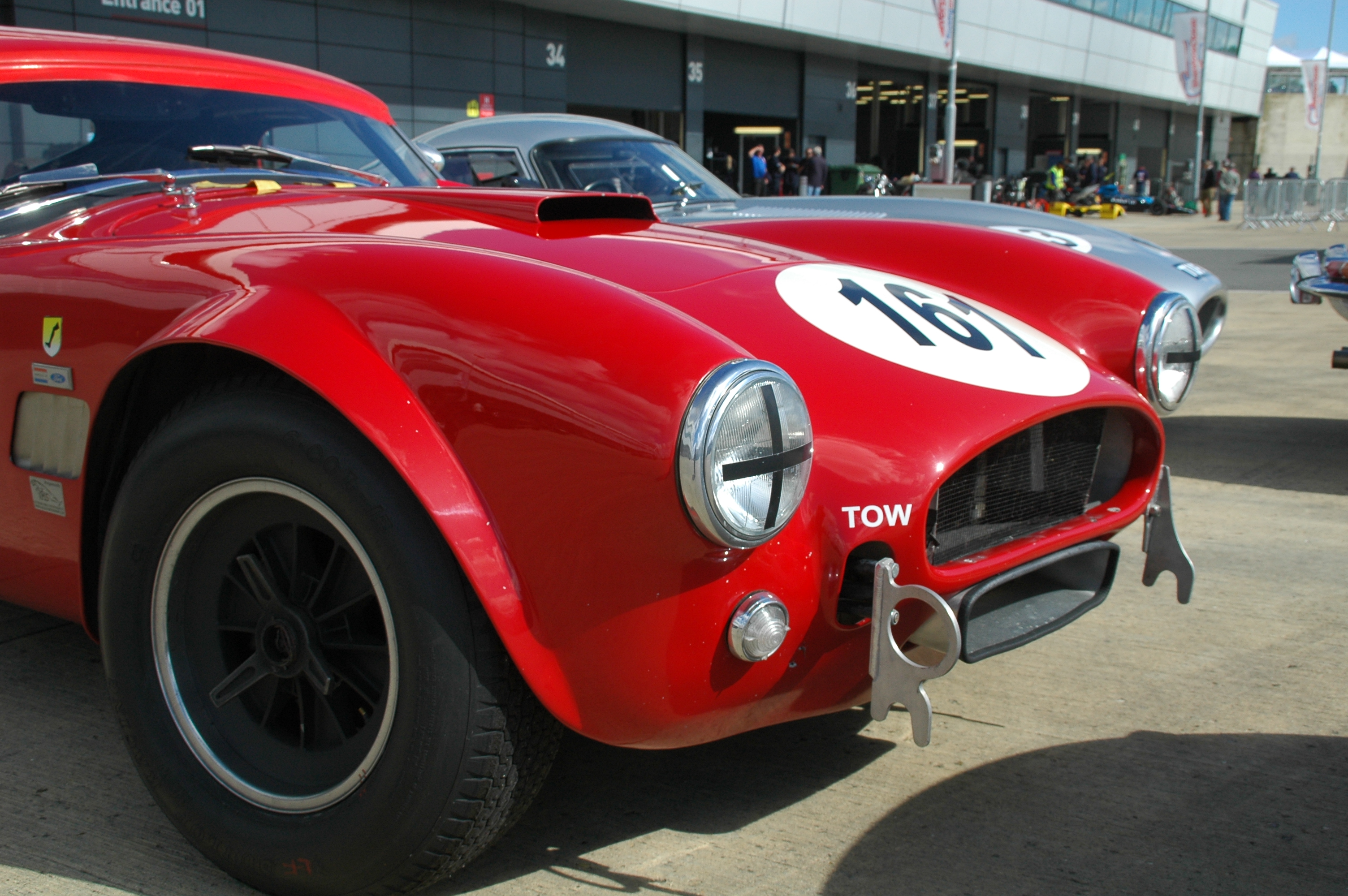 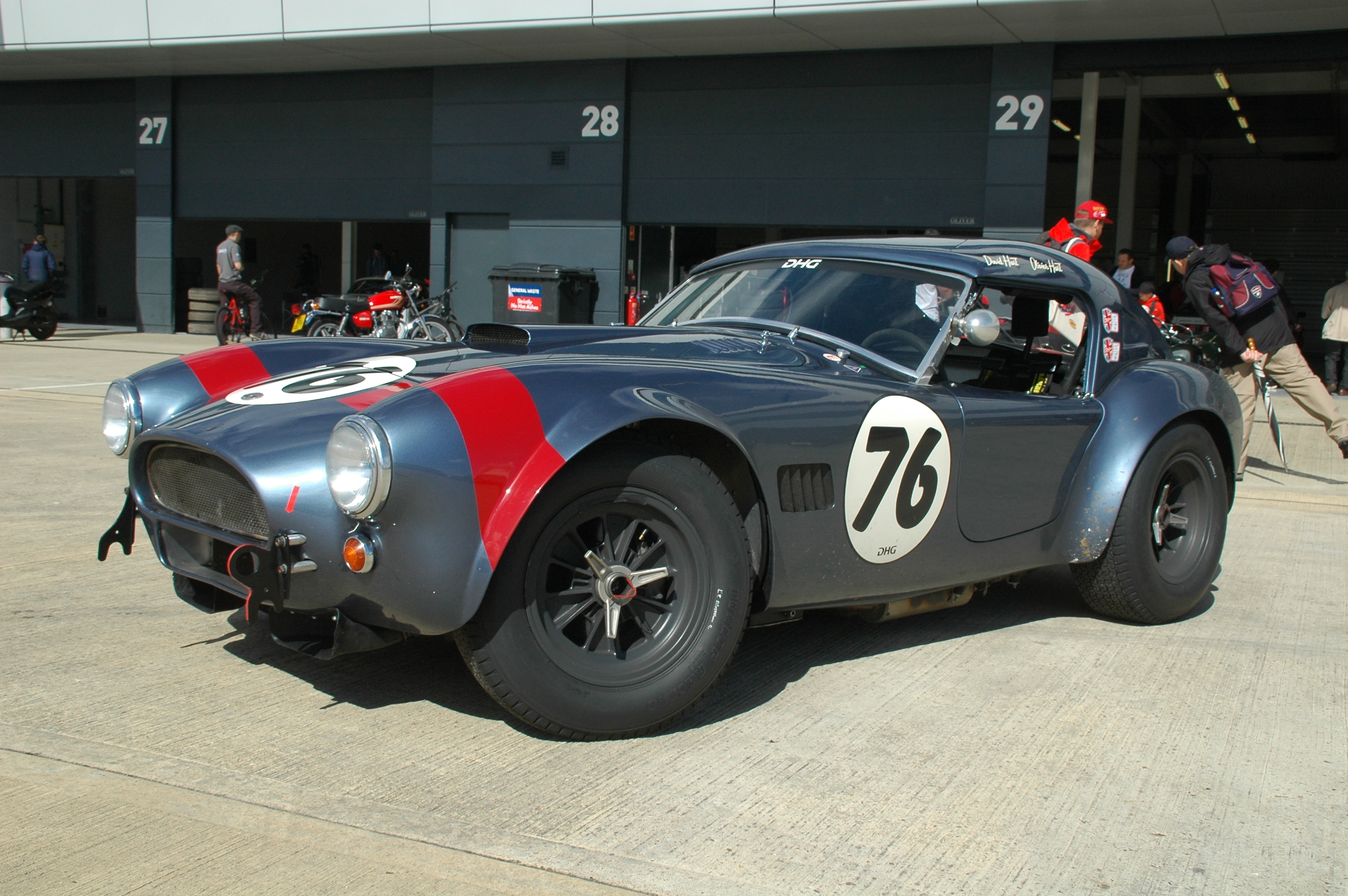 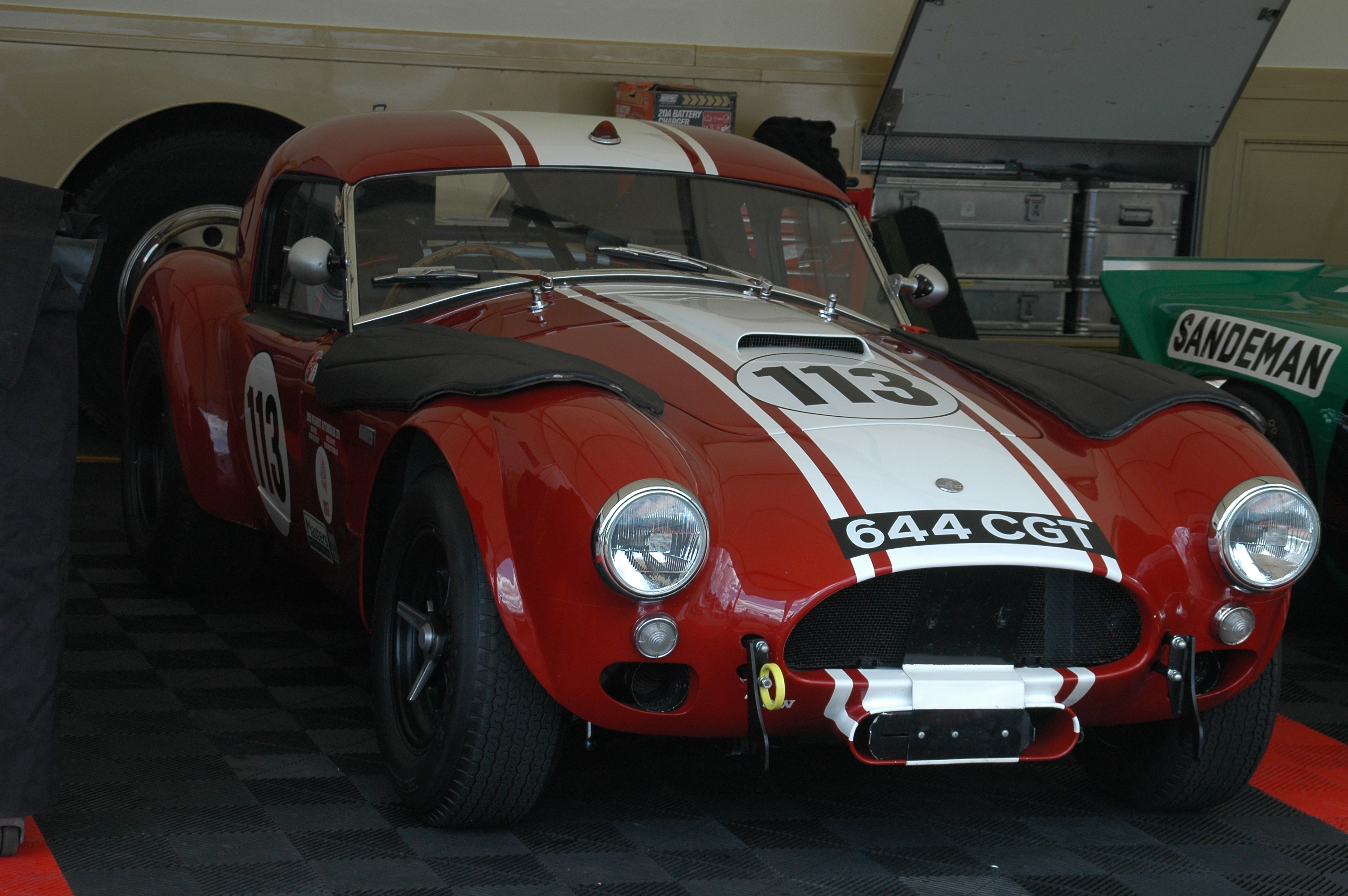 Of course just add further confusion not all Cobs with the FIA style cut away door were proper FIA ‘s. Kevins white car is an example. I don’t think it left the factory as an FIA but was modified later in its life and still retains the smaller front arches.
Peter C
Top

Kevin's old Cobra (white) COB 6008 Was factory built to FIA spec, specified by its first owner Bruce Ropner. The car has always had the FIA style cut-back doors and wider rear arches. The front wheel arches weren't quite as narrow as the road-going cars. And, no grille.

Here's a photo of it taking part in the 1965 Angolan Grand Prix, driven by Keith Schellenberg.

Thanks Phil, I’ll bow to your superior knowledge ref Kevin’s car. I had looked at the chassis register and it didn’t mention ‘race car’ or ‘wide arches’ so assumed that it wasn’t one of the extra FIA shaped cars that people ordered from the factory.
There definely are other cars that have been re bodied into FIA cars during their racing lifetime.
Peter C
Top

Sadly, no superior knowledge, I'm just a bit more familiar with COB6008 and if what I've been told is correct. As you are no doubt aware, there were only five 289FIA (CSX) cars originally. Others have been modified during their racing lives.
Top

As you can imagine, circuit race cars in period rarely encountered stones, so the need for grilles just wasn't there. They would simply restrict airflow. Gravel traps are a much more recent safety measure. The exception in period were the road races, like the original Spa circuit, Targa Florio, Reims etc.

My Kirkham now sports an FIA nose cone and I've put matt black chicken wire flush with the back edge of the aluminium return. Fixed from the front with tiny holes in six places and very thin gauge wire. Been there over a year and even strong enough to support the AC badge.

Colin
"How you see yourself is all very well, but it's how others see you that will determine the results you get as a leader!"
Top

With every item on my Cobra i just do what i like most, so in the end its exactly the cobra i want? there are so many differences that i just listen to my own voice in my head